Beginning in August, any Louisiana doctors in good standing with the Louisiana State Board of Medical Examiners can recommend marijuana to treat any condition they consider debilitating. Under previous law, only licensed marijuana specialists could recommend the drug to treat one of 16 serious health conditions on a set list approved by the legislature.

Medical marijuana has been available in Louisiana since August of 2019. The expansion bill’s author, Stonewall Republican, Health and Welfare Chairman Rep. Larry Bagley pushed the plan as a way to ensure patients can consult doctors they already know to determine whether marijuana is right for them.

“Who would you trust? A doctor you were sent to or your own doctor you know by first name?” asked Bagley. “Now, if a doctor thinks [marijuana] is what you need, you can get it.”

Patients will still have to pick their medicine up from one of nine licensed marijuana pharmacies across the state. Each doctor who recommends the drug will have to comply with state reporting requirements that are meant to aid LSU and Southern University in their research of health outcomes.

“There are patients here that need it and there are patients that need to experience it in the right way,” Gary Hess, a war veteran currently using medical marijuana to treat post-traumatic stress disorder said. “The recent legislation has opened up the access that we need to govern the private doctor-patient relationships and give some control back to the patient.”

Hess says Louisiana’s system could be a model for nationwide implementation, but only if stakeholders remain vigilant and care for new patients appropriately. He and some lawmakers are hoping increased demand for the drug will drive its price down. 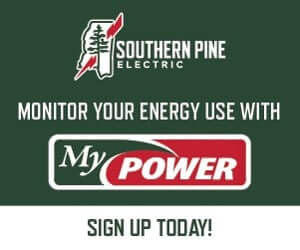 Hess, who says he is seeking a PhD in cognitive behavior and brain science to better understand his own journey, said the state must address the stigma around the plant that is harmful to the program’s evolution.

“It all starts with a conversation,” he said. “Louisiana has an opportunity to get out front here. We don’t get that opportunity much.”