“He has been having to go out of state to get … medical marijuana, and he was so happy that now he can get it in his backyard in Louisiana,” Capitol Wellness Solutions Founder and CEO Randy Mire told Cannabis Dispensary. “He talked a lot about the stigma around it and how he always felt like he was doing something he should not be, and for the first time, now he can wake up and feel like he doesn’t need to look over his shoulder and that he’s doing something illegal in Louisiana.” 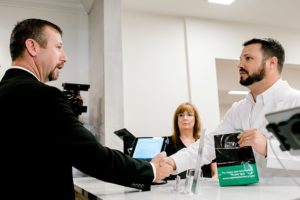 Louisiana approved legislation to distribute medical cannabis in 2016, but the rollout of the program took longer than anticipated due to confusion between the state Department of Agriculture and Forestry and its two medical marijuana license holders, Louisiana State University and Southern University. Under state law, both licensees must work with a private business partner to cultivate and distribute medical cannabis products; LSU contracted with Nevada-based GB Sciences in 2017, and Southern originally partnered with a Louisiana company called Advanced Biomedics before later aligning itself with Pennsylvania-based Ilera Holistic Healthcare, which has since been acquired by TerrAscend Corp.

Capitol Wellness Solutions became the first pharmacy licensed to sell cannabis products in April 2018. It serves Louisiana’s Capitol Region, one of nine geographical regions in the state where medical cannabis is available. 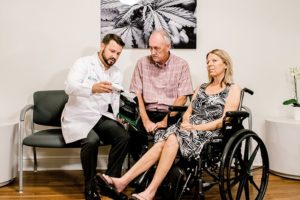 Patients with qualifying medical conditions must obtain a recommendation for medical cannabis from a certified physician, and cannabis products can only be purchased in one of the state’s nine licensed pharmacies.

“I would say that Louisiana is setting the standard for medical marijuana because it’s really the first to have rules that are in such a formal, professional, medical-geared way [with] a pharmacy and physicians,” Mire said. “I know other states maybe have a pharmacist in the dispensary, but this is the first one where it is operated and governed by a pharmacy board. … It’s really a sense of professionalism around the whole model.”

“That was six years ago, so to be here today and be able to do the first dispensing of medical marijuana is just something I’m so proud of,” he said.

On the first day of sales, Capitol Wellness Solutions worked with doctors to schedule appointments for each of its patients to avoid an onslaught of traffic. The company works with Metrc, the state-mandated seed-to-sale tracking platform, and regular pharmacy dispensing software systems to manage its inventory.

“We’re used to doing that every day with Schedule II narcotics such as OxyContin, so we’re handling it the same way,” Mire said.

Now that sales are officially under way, Mire and his team are looking forward to a wider variety of cannabis products. “Right now, we’re just utilizing the tincture oils, and GB Sciences is promising in the near future we’re going to get a couple different delivery mechanisms, so we’re excited about that—excited about metered dose inhalers [and] excited about maybe topicals … in the future.”

In the meantime, Mire said patients are providing positive feedback.

“The testimonials that we’ve already gotten from patients are incredible,” he said. “It’s just something to be so proud of to help so many patients.”