Veterans across the nation should be watching Congress closely this holiday season as they deliberate the National Defense Authorization Act (NDAA). This bill, considered a “must pass” proposal, sets the nation’s military policy for the next year and beyond. This year that debate includes a discussion of cannabis and the life changing opportunities it can provide to veterans.

Gary Hess, Founder and Executive Director of the new veterans advocacy group, Veterans Alliance for Holistic Alternatives (VAHA), said today that including the SAFE Banking Act in this year’s NDAA “would open opportunities for veterans seeking a job or an alternative to failed traditional therapies, and would greatly enhance the nation’s ability to serve and strengthen the military community.” 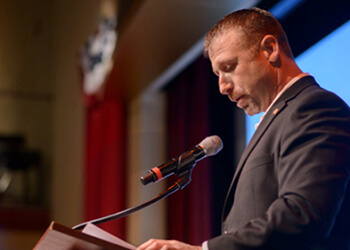 “SAFE belongs in the NDAA because it offers a tangible lifeline to veterans who are seeking a better life,” Hess said.
The SAFE Banking Act, a provision in the House version of the NDAA, will empower veteran-owned small businesses to promote the therapeutic potential of cannabis and create economic opportunity for their families and fellow veterans. The SAFE Banking Act has passed the House five times since its initial introduction. The House included SAFE Banking in its version of the NDAA and we encourage leaders from both chambers to include this important legislation in the final version of the bill.

Hess announced today that VAHA would be distributing a video testimonial to educate Members of Congress about SAFE and how it connects to the veteran community and military readiness. (LINK HERE)

Since September 11th, 2001, just over 7,000 US service members have lost their lives in combat. During that same period, 114,000 veterans have committed suicide and the numbers continue to climb every day with no end in sight.

Hess served during the heaviest levels of fighting in Iraq. The Day after Christmas in 2006, his service was ended by a suicide bomber along the Euphrates River. He transitioned home with traumatic brain injury, chronic pain, insomnia, severe hearing loss and PTSD among a myriad of other conditions. For almost 10 years after returning, he was subjected to a pharmaceutical firehose of opioids and other powerful pharmaceuticals.

Out of options, he tried cannabis as a last resort. His life changed for the better because cannabis succeeded where other treatments had failed. It not only provided much-needed hope, but it also provided a sense of direction and purpose-driven employment.

Hess said now thousands of his fellow veterans work in the cannabis industry while many more are turning to it for therapeutic options and future employment opportunities. While there are many reforms that veterans, along with the entire cannabis industry, need in order to truly thrive, the SAFE Banking Act is a critical first step that would help small, veteran-owned businesses and the veterans they could employ and serve.
SAFE will provide legal access to the same banking services offered to every other legal business in this country, while keeping bad actors, like cartels, out of the US cannabis marketplace. Most importantly, SAFE opens the doors to small entrepreneurs to finance, grow businesses, and create jobs. After passing the House five times with strong bipartisan support, SAFE Banking is a rare issue in Washington that is supported across both sides of the aisle.

Hess concluded by saying, “SAFE is good for the Veteran community and good for our neighbors, but it’s also critical to our military mission. We need to have access to promising treatments like cannabis so that the nation can answer the call of veterans, as they have answered the call of their nation.”