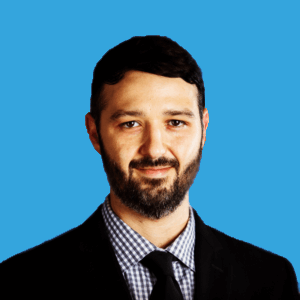 After learning about the unique tax and banking regulations surrounding legal cannabis in the U.S. in 2014, Mr. Prevot pivoted and dedicated his career to the cannabis industry in 2014. He formed a consulting firm to serve the industry and eventually merged his practice with Bridge West CPA’s and Advisors in 2018. Mr. Prevot has been instrumental in ensuring that the Firm’s clients have the necessary resources and information to make sound business decisions, retain more of the bottom line for business growth, and are in compliance with laws and regulations governing the cannabis industry. His core competencies include regulatory analysis, license procurement, management consulting, corporate governance, accounting information systems, banking regulations, and internal controls.

Mr. Prevot has been actively involved in medical cannabis licensing procurement in Louisiana and Missouri. He represented Columbia Care Louisiana in pursuit of production contracts with Louisiana State University and Southern University and also served as the organization’s Controller. He went on to lead a diverse team of professionals in pursuit of dispensary licenses in Louisiana. The applications produced by Mr. Prevot’s team were ranked #1 in five of the state’s nine regions and his clients were ultimately awarded three of the nine dispensary permits available. He was later able to replicate this success by obtaining cultivation and dispensary permits for clients in Missouri.

Peter began his career as a professional accountant at Ernst & Young’s New Orleans, LA office. After leaving EY, he went on to manage the Tulane Department of Psychiatry’s portfolio of federal grants and state contracts. Mr. Prevot earned an undergraduate degree in finance and a graduate degree in accounting from Louisiana State University. As a licensed Certified Public Accountant and Certified Internal Auditor, Peter is a member of the Louisiana State Society of Certified Public Accountants, the Institute of Internal Auditors, and the American Institute of Certified Public Accountants. He previously held board seats with the Louisiana Cannabis Association and the Pointe Coupee Enrichment Fund and currently serves on the Board of Directors for Upbeat Academy Foundation and is also the founder and Executive Director of the Louisiana Association for Therapeutic Alternatives.